Our animals are taking centre stage at the moment, for a mixture of good and bad reasons.

First up the turkeys are convinced they’re tiny sparrows that can perch on twigs high up in the trees. Well, sadly they’re not. Two of the whites and one of the blacks have taken to fluttering – no, that sounds too delicate – blundering onto the lower branches of a couple of trees, possibly after berries but who knows. They don’t last long, usually tumbling inelegantly in a flurry of feathers and squawks to the ground. I’d noticed Gigantor, our huge white turkey, was limping slightly. I guess he must one of our tree climbers. 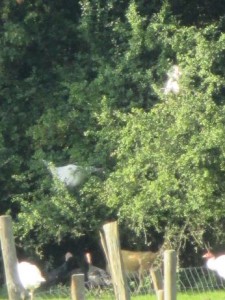 While on a feathery theme, look! 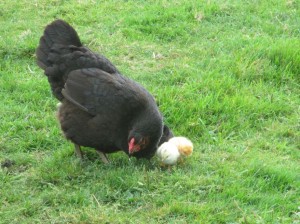 Les Fragnes’ first home-grown chicks, thanks to mum Anastasia and dad Humperdinck (or possibly the late and delicious Engelbert). They’re the cutest things. Author friend Paul Douglas Lovell wrote a haiku about them for me. 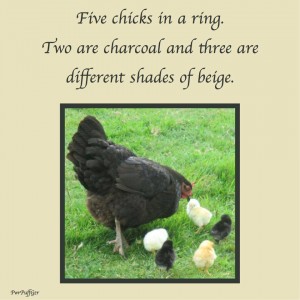 Another feathery event is the recent congregation of thousands of swallows at our farm. I can’t remember seeing quite so many before. 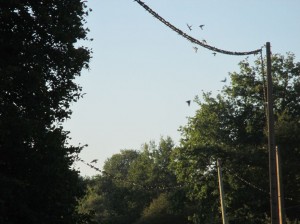 The piglets are turning into right Houdinis. Inevitably led by Julius, aka the masked marauder since he has mask-like markings on his face, five of them keep pushing under their fence into the llama field, occasionally making it as far as the sheep field before being spotted and chased back. Chris is continually reinforcing the fence, but short of installing machinegun posts there’s not much more he can do. Naughty piglets.

Tobi is proving to be quite a character. She’s also quite a chewer. Most of our laces are now much shorter than they used to be. We ran out of chewy bones for her a few days ago and so she made do with my sandals and peg bag instead. Humph. We’re now restocked so hopefully our goods and chattels will remain unmauled. 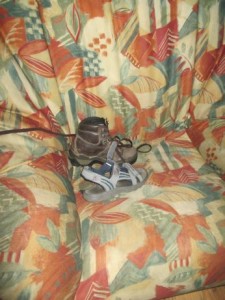 Maple Syrup spends his days outside in the sunshine. The weather has been so good that I don’t think he’s missed a day for at least a month now. Most of the cats don’t give him a second glance these days, apart from Wendy. She has to be shooed away every now and again when we find her with her nose pressed against the bars and a hungry gleam in her eye.

Finally, our fish. They don’t often get a mention on this blog but our carp have proved to be very co-operative all summer long. We’ve had lots of happy anglers on our lakes – Alder and Notaire’s – with most people going away with a new PB (personal best ie biggest fish caught). Just a few more weeks to go and then they’ll get a well-deserved holiday over the winter. 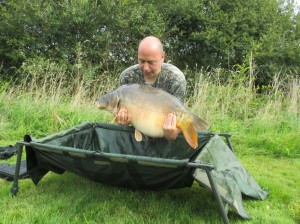 Karl Douglas and The Horse, the biggest fish (we think) in Notaire’s Lake