If you car is more than four years old, then every two years it has to go through the contrôle technique (CT, equivalent to the UK’s MOT and the Irish NCT). Since our cars are now ten and thirteen years old, then these tests have been a way of life since we arrived in France. To pass the CT you need to turn up with a roadworthy car and a carte grise. The latter is the vehicle’s registration document.

Chris’s car’s CT was due by the end of April so a few weeks earlier I booked it in for the test, and about a week before the day itself, I checked that the carte grise was in its usual place. But it wasn’t. This was not only a major blow but a total mystery. And still is. We spent many hours looking for it in all the places it might remotely be, but not a trace of it did we find.

Nothing for it then but to apply for a duplicata. And that could only be obtained from the Préfecture, which in our case is in Guéret 45 kms away or so. I printed out the necessary forms, filled them in and headed off on the Monday afternoon – the CT was on the Wednesday – only to discover that _carte grise-_related business is only conducted in the mornings. Remember, this is France.

So I was back again first thing next day. There are two guichets (booths) but naturally only one was open, so there was a bit of a wait, despite me getting there for 8.30, opening time. I guess all the other people who’d turned up on Monday afternoon had the same idea of getting in first thing on Tuesday instead, like I did.

Anyway, the process itself took about five minutes. There was one extra form to fill in as I was coming on Chris’s behalf, even though we’d drawn up a procuration to give me the authority to do the necessaire. But all was eventually well. As the young man filled out the form, he muttered something about the number and indicated some numerals in the top left corner of the document. I presumed this was the reference number of the new carte grise. I didn’t get my hands on this document, the provisional certificate which covers us until the proper replacement is sent to us within the month, until I’d paid at the cash desk – the princely sum of €2,50. I’d been steeled for a much heftier fee so the cashier had to repeat it a few times before it sank in that it was only that much. I wasn’t missing a quarante or a cinquante off the front.

Delighted I tootled home, pleased with how things had gone. I should have known better. It things seem to good to be true, then they are.

Next morning Chris cleaned the car and I took it into the test centre at Boussac. I confidently handed in the provisional cert and the car keys. I pottered off to do some shopping and came back an hour later, happy that the car would have passed.

But it hadn’t. It failed the very first of the 124 things the car is tested on: identification. Our car’s registration didn’t match the number on the new carte grise. What I’d thought the registrar had mumbled about the carte grise’s number was actually our car’s new registration number! It never occurred to me that the registration number would change, and I’m still at a loss as to why! It took the mechanic a few minutes to get this through to me. It was clearly one of those many things connected to French bureaucracy that every French person is born knowing, but sadly expats are not! 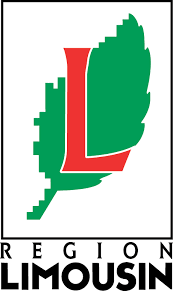 You get two months to deal with any elements you fail in the CT but obviously we’ll be sorting out the number plates as soon as possible. So, this coming week will see a trip to Gueret to get them. They will be in the new numbering style (well, relatively new, I think it came in about two years ago) i.e. not have the département’s number on them, for us 23. We’ll just have the Limousin symbol at one side of it, and interestingly that’s not going to be meaningful for much longer. Limousin is soon to join forces with Aquitaine and Poitou-Charente to become the first super-region of France. Limousin will vanish altogether -we’ll become Aquitaine.

But more about that another day. For now, join me in being perplexed by the complexities of French rules and regulations!